All Categories ​ > ​ ​Frequently Asked Questions ​ > ​     What are Native Segwit Addresses?

What are Native Segwit Addresses? 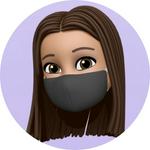 Updated 3 months ago by Teju

After our scheduled upgrade, we switched all our Bitcoin and Litecoin wallet addresses to Native SegWit addresses. Here's what you need to know about them:

What does Native SegWit mean?

Native Segwit is the latest upgrade to the bitcoin network, and its addresses start with "bc1..." as shown below. Native SegWit addresses for Litecoin begin with the letter "M".

How is Native SegWit better?

Another main benefit of SegWit addresses is that they are backwards compatible, meaning that you can send funds from a Bitcoin Native SegWit address to a Legacy Bitcoin address.

How will this affect me?

As a result of the upgrade, addresses that were generated before August 1, 2020, are now invalid. To avoid coin loss, ensure that you use a new address when receiving coins.  Here is a step-by-step guide on how to generate a wallet address.

While Native SegWit addresses offer a lot of benefits, not all wallets, exchanges and services support sending to them yet. You might notice that when you try sending coins to your Buycoins wallet from some platforms, you get an "invalid address" error, this means that they don't yet support SegWit addresses.

As a workaround, you may try sending coins to another wallet such as Trust Wallet or Coinbase Wallet first and then sending it to your SegWit is a short form of Segregated Witness were Buycoins wallet from there.

How did we do?

(opens in a new tab)